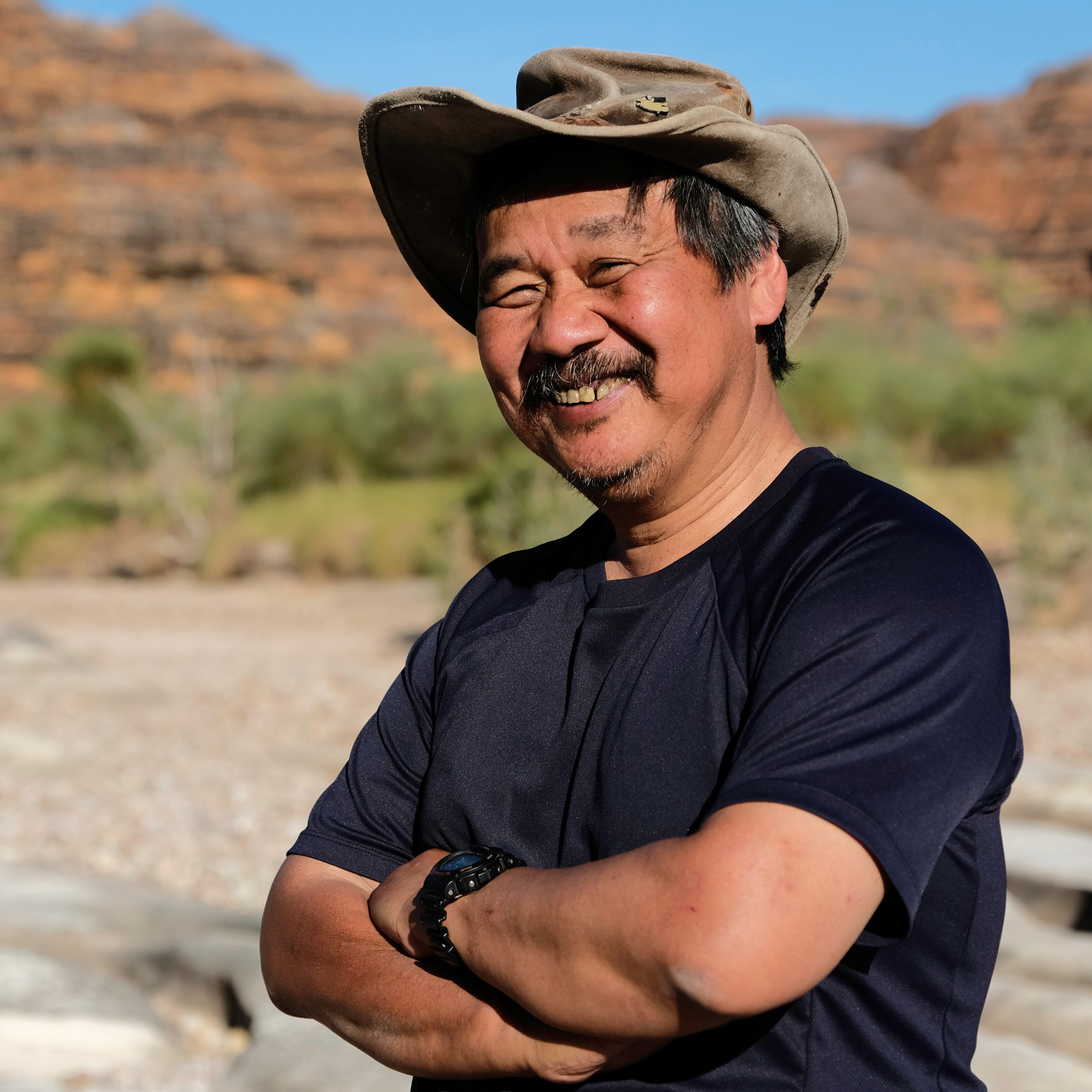 zBorn in Tokyo in 1958. Graduated from Nihon University, Faculty of Law, Department of Newspaper. Since his student days, he has photographed local trains in Hokkaido and Tohoku, documentaries, animals and sports. After graduating, he worked for an advertising agency until 1988, when he left the agency after eight years. In 1988, after eight years at the agency, he left to go on a solo motorbike tour of Australia, where he fell in love with the continent and nature photography. He tries not to stay in a hotel, but always camps at the location to be at one with the continent. He was the first Japanese photographer to hold a major exhibition in Australia at the Wilderness Gallery, Australia's largest photography gallery, and has since held exhibitions around the world. He is currently a Friends of Tasmania Ambassador for the State Government of Tasmania, Australia.In 2008, he represented Japan in the Adobe Photo Adventure, which brought together 17 photographers from around the world. He is an Asahi Pentax registered professional artist and a member of Nikon Professional Services.
Winner of the 2008 Chunichi Shimbun Advertising Award for ``Experience Australia`` (Tourism Australia) 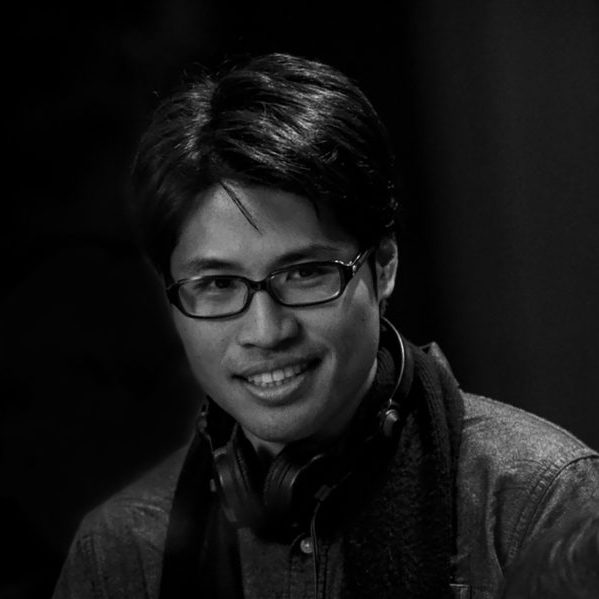 Chern grew up in Texas and attended Plano East Senior High School in Plano, Texas, where he started his first web company at age 17. He was an all-state violinist, professional gamer and green belt double gold medalist in the U.S. Taekwondo Junior National Championships. When he was young, he made a three-minute short film that eventually aired on The Best Damn Sports Show Period. He also interned at the ReelFX creative studio (where he got assistance from Corey Snyder on his animated short film Dk9000), and received a scholarship from the Wishful Wings Artist Competition.He then attended and graduated, with honors, from the University of Texas at Arlington in 2006, with a Bachelor of Fine Arts (B.F.A.) in Film/Cinema/Video Studies (summa cum laude), and also graduated with a Masters of Fine Arts (M.F.A.) degree in Film Directing from the Taipei National University of the Arts in 2009. 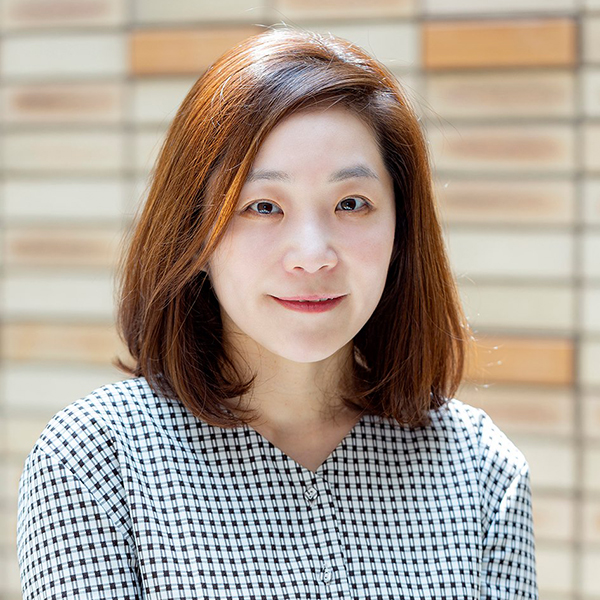 Young Choi, Ph.D., is Associate Professor at the Department of Cross-Cultural Studies, Kanagawa University.
Her research interests include : Place marketing & branding, theory and practice of tourism product developing.
She currently researches the relationship about creative industries and tourism marketing in Japan. 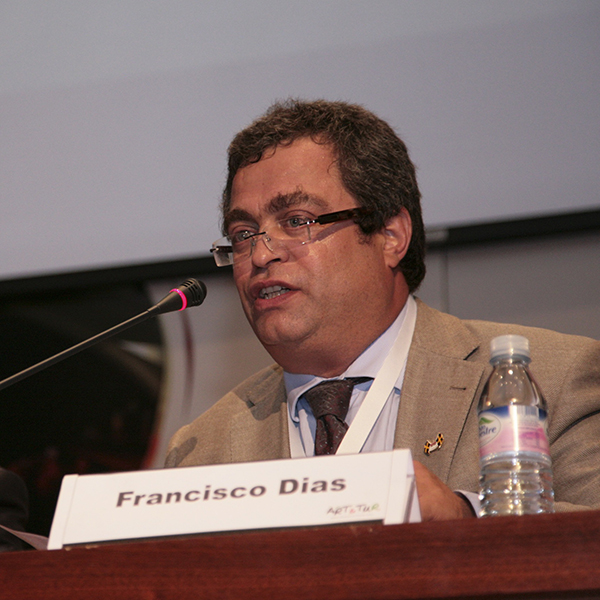 Professor in the Leiria Polytechnic, Diretor of the ART&TUR

Francisco Dias holds a PhD degree in Tourism Science from the University of Perpignan, France. He is Professor in the Leiria Polytechnic, Diretor of the ART&TUR – International Tourism Film Festival and vice-president of the Centro de Portugal Film Commission. He was the founder and first presidente of EATSA - The Euro-Asia Tourism Studies Association. His is the creator and mistermind of many international projects, such as the newest EATSA Art & Tourism Film Festival, the Favourite Destinations Worldwide research project, the International Conference on Tourism Marketing and Destination Branding. Some of his studies have been published in several leading journals, such as Annals of Tourism Research, British Food Journal, Community Development and European Journal of Tourism Research. 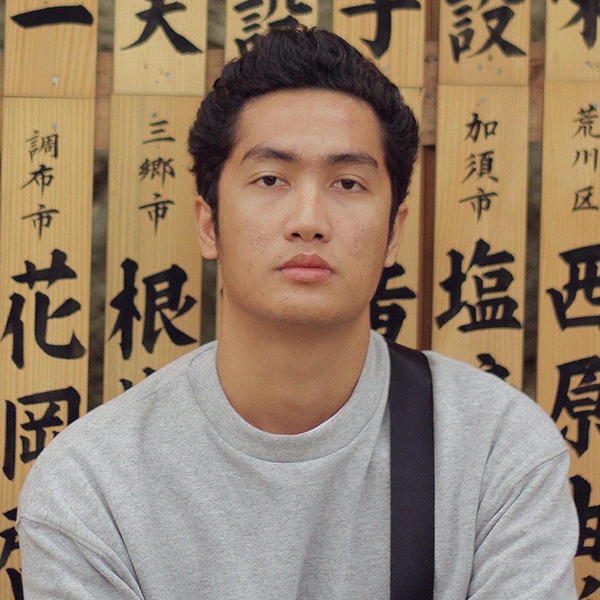 Don Falsario II is a Filipino director based in Manila, Philippines.

His career kicked off with a local boutique production house where he started as a video editor. This paved the way for him to explore and master videography, photography, motion graphics and color grading, all of which ultimately led to directing. This versatility proved more than helpful in realizing his vision in telling stories.

His oeuvre is an eclectic mix of current digital films (with strong focus on documentary-based films featuring non-actors, tourism films, among others. He has also worked with both global and local clients including the BBC, the United Nations, Unilever, to name a few. 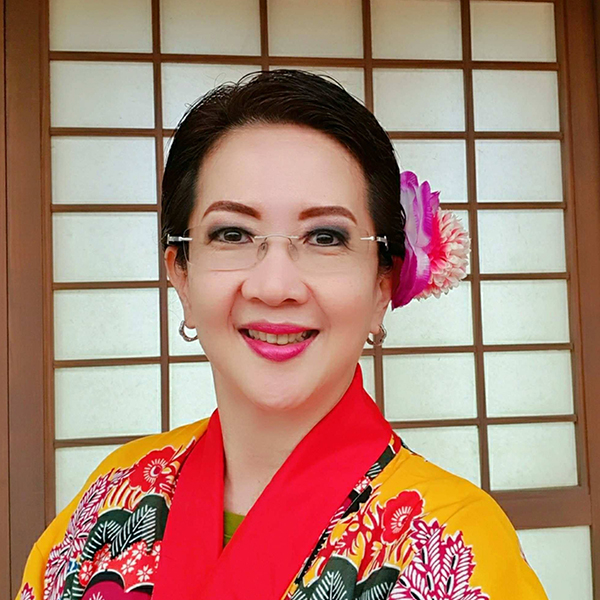 Yanki Hartijasti is Assistant Professor of Management at Universitas Indonesia. She earned MBA degree from University of the Philippines and obtained Master of Science and Doctor in Industrial and Organizational Psychology from Universitas Indonesia. After gaining fifteen years of professional experiences in various industries as Human Resources practitioner, she then decided to take the plunge into the academic world. Since 2010, she has been invited to share her knowledge and disseminate her research findings in Asia and Europe. Her research focuses on leadership, cultural values, and cyber behavior among multi-generational workforce and travelers. 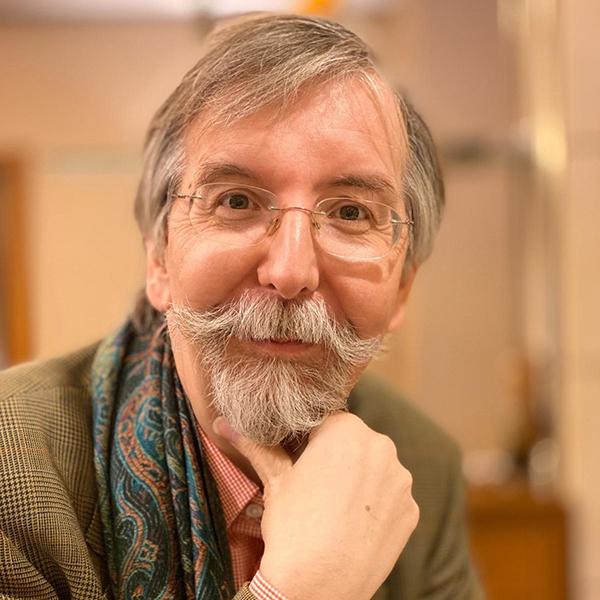 Alexander V. Kammel is President and Owner of Filmservice International, which is Europe’s biggest organizer of corporate film festivals. He is festival director of 3 well known festivals named “Internationale Wirtschaftsfilmtage”, “AutoVision Awards” and “Cannes Corporate Media & TV Awards”. Further he is co-founder and festival director of the Grand Prix CIFFT for the worlds-best tourism films and organizer of the “Staatspreis Wirtschaftsfilm” the State Award for Corporate Films, held every two years on the initiative of the Austrian Ministry for Digital and Economic affairs in Austria. 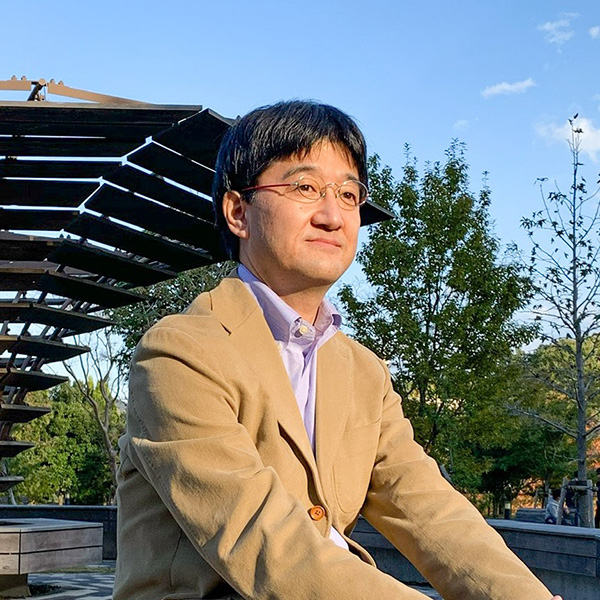 Akihiro Kashima is a professor at the Multicultural Planning & Design Laboratory, Department of Architecture, Faculty of Science and Engineering, Setsunan University in Osaka, Japan. He holds a PhD in planning history from the Kyoto Institute of Technology. He worked as a practicing architect at the Town Hall of Girona, Spain in 1993 and since, his research interests lie in the planning history, especially, of Spanish towns, planning heritage, and civic pride and urban commons, community resources, etc. As a teacher of architectural planning and city planning, Akihiro works on a wide field of projects and methodology rediscovering urban commons and community resources. 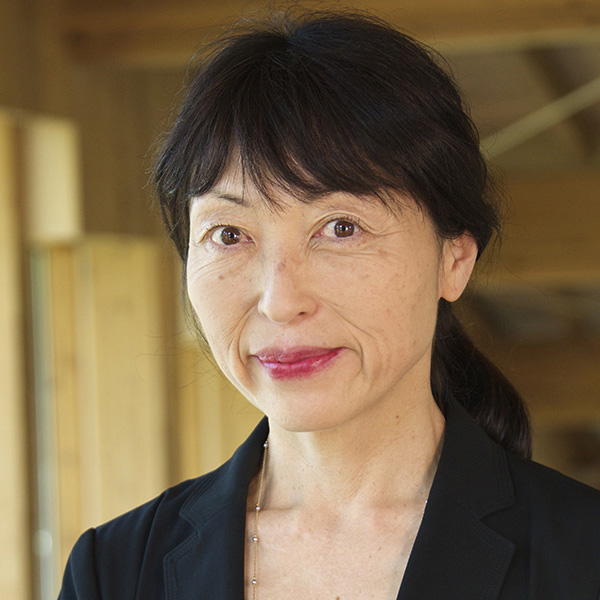 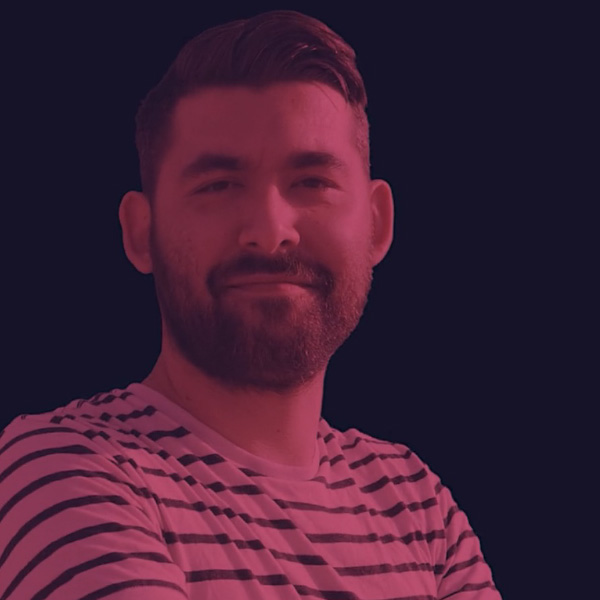 If Simone could have life his way, it would be a videogame. Or a time lapse. Or even a videogame time lapse.He was a teacher by circumstance, teaching Digital Animation Techniques at the Quasar Design University, and a video wayfarer by profession with clients of renown such as Google, Manfrotto and Emergency.
But he would gladly trade it all to swap lives with Yoshi. He is normally found drowning in coffee and perfecting key frames but he spends equal time pursuing his unjustified curiosity for science, astronomy and pirates 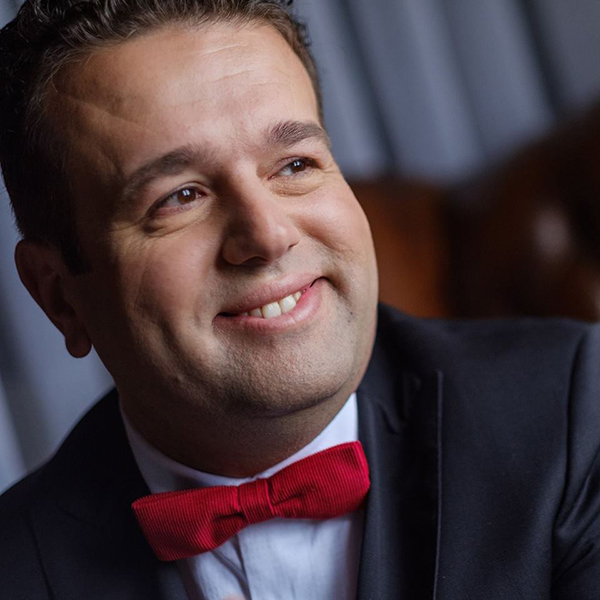 Hugo has 17 years of experience organizing events, and he spent 9 years as director of ART&TUR.
In February 2017 he assumed the position of General Secretary of CIFFT (International Committee of Tourism Film Festivals) based in Vienna, Austria. He holds a degree in Tourism from the University Institute of Maia - ISMAI, and holds a specialization in Organization and Event Management.
Hugo is fascinated by Tourism Video Marketing, and he is one of the mentors of Landing - New Trends in Tourism Communication, organized by Tourism Board of Madrid City Hall, CIFFT and Terres Travel & Landscape Communication, in Madrid, Spain.
Hugo is also the responsible for the Portuguese and Spanish Language Countries Market at Cannes Corporate Media & Tv Awards and AutoVision the international festival for film and multimedia productions from the automotive industry (automobiles, motorcycles, commercial vehicles, road safety, suppliers, etc.) held in the International Motor Show (IAA) in Frankfurt am Main.
Hugo likes to face his fears ... and he loves to overcome them with his perseverance. 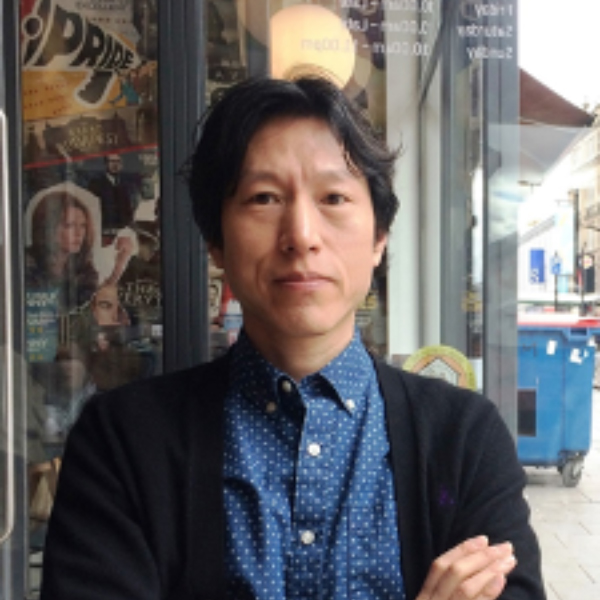 Dr Kyung Wook Seo worked as an architect in South Korea, Malaysia and the USA to design many residential and commercial buildings. As a theorist, he published numerous papers based on his research interests, Housing Form and Culture, Morphological Analysis on Building and Cities, and Environmental Behaviour. Dr Seo was a Principal Researcher for the recently finished project, ‘Development of Structure-Infill Housing for the Low-income Population in Malaysia’ funded by British Council in the UK. 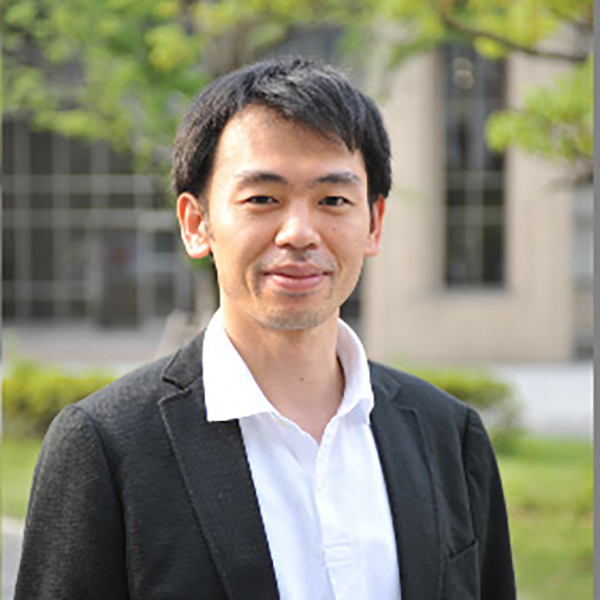 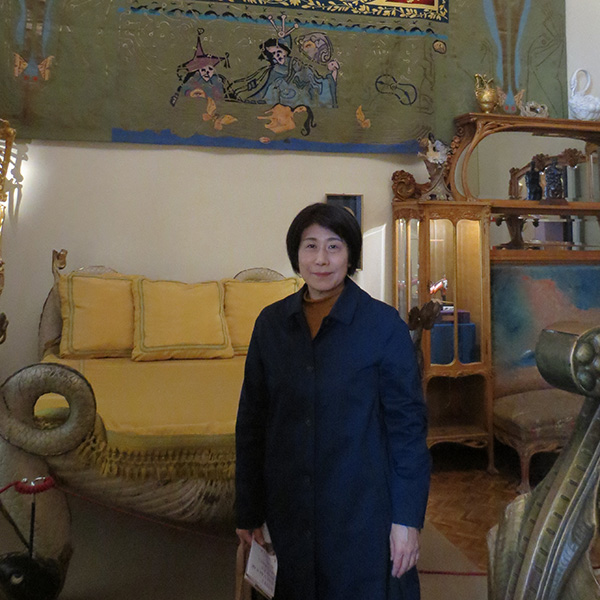 Professor at the Faculty of Economics, Setsunan University

Yoshiko Nomura is a professor at the faculty of Economics of Setsunan University in Osaka. She received a Ph.D. in Business Administration from Kobe University. She also completed doctoral course at the Graduate School of International Media, Communication, and Tourism Studies of Hokkaido University. Her field of expertise are the Tourism Studies and the Organizational Behavior. After more than 20 year working experience in the airline industry, including expat experience in Paris and New York, she changed her career to the academic field. Serves jury from the beginning of the JWTFF. 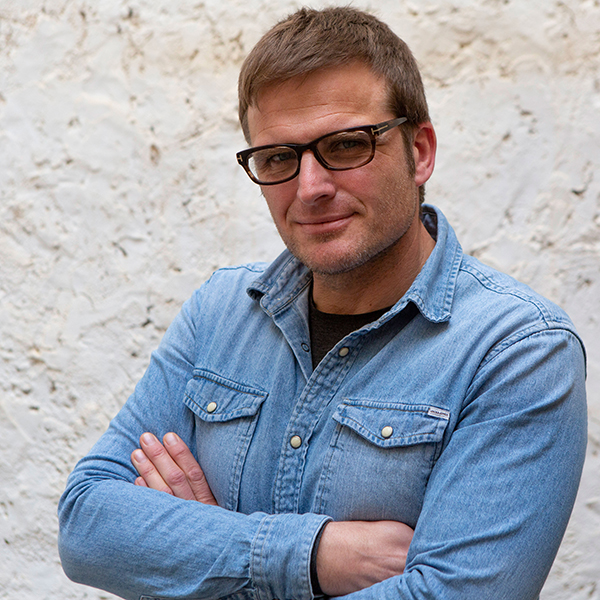 Santi Valldepérez is documentary filmmaker, Consultant and Producer. He is Graduated in Audiovisual Communication from Pompeu Fabra University (Barcelona) and has a Master in Communication Management at the BSM-UPF. He is a European graduate in documentary production through the Eurodoc training program (2016). He has produced several documentary films for TV and played an important role in the execution of Terres Travel Festival - Films & Creativity (Tortosa, Spain), member of CIFFT (International Committee of Tourism Film Festivals) since 2019. Since October 2016 he leads the communication consultancy PVS Media, specializing in communicative support to tourism companies.